Jews first settled in Avignon France during the Diaspora (exile) in the first century to flee persecution.  The original Avignon synagogue was built in the 13th century. That building was subsequently replaced in the 19th century. 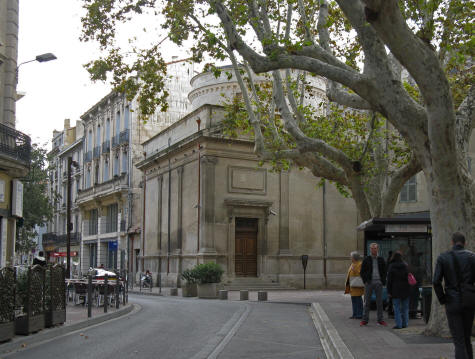 The synagogue can be found near Avignon's central market (Les Halles).